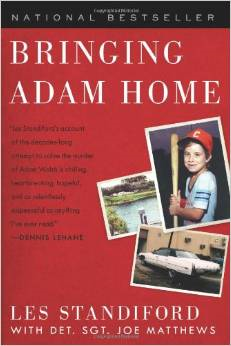 The story of Adam Walsh's murder is tragic and frustrating.

I remember bits on the news  at the time, but was a teenager and didn't really think much about it.  But the media was different then, we didn't hear much about these type of things - they seemed distant and outside our world view really.

A boy, snatched from a sears store while his mother was in a different part of the store -- looking back NOW puts an entirely different perspective on it.  When we were kids we would often hang out in the toy section while our parents were in another section.  I even remember Christmas shopping with me and my younger brother shopping on our own with a meet up time and location with my parents at a food place in the mall.  Oh - how times have changed.  And really as a major result of this horrific crime.

A parent now would be horrified at leaving their child unattended and would come down like a hammer on poor Reve' Walsh (who probably comes down harder on herself than any other person ever could).  The fact is, even though abduction/murders of children did happen, we never heard about it.  And the idea of a predator like Ottis Toole who did it on a whim was just too unbelievable to comprehend.

So, this book chronicles the investigation from the beginning and tells the story of why the crime was not 'solved' and Toole charged in the killing, despite numerous confessions.  It does not shine a good light on the Hollywood police department and others. 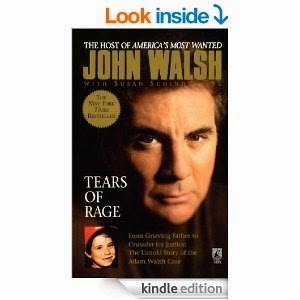 is that this book was written by the man who repeatedly was shut out of the case over the years, and is the one who finally put the pieces together and found the evidence to close the case once and for all.

Both books actually are incredibly good.  And though telling the story of a horribly tragic murder of a beautiful young boy,

they are also the story of how the world changed.  And I don't say that lightly.

John Walsh had a waking nightmare that left him full of unimaginable pain, frustration, rage and he could have turned it inward and that would have been the ending of a sad tale. 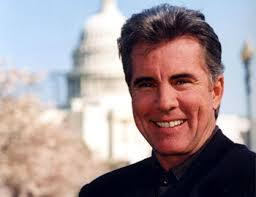 Instead, John Walsh made it his life's work to change the way we react to a missing child.

Both books detail that struggle and it's results.  Some of which we know, some we don't.

I do remember when this opened because it was very closed to where I worked at the time.  What Mr. Walsh learned and pushed others to support is that everyone needs to work together to find children.

This is another thing we all are used to now with CSI and other shows constantly checking it for similar crimes.  Nothing like it existed.

Walsh was behind so many laws.  He worked with lawmakers on both sides of the aisle (back when Congress actually WORKED) to pass laws to aid law enforcement and help protect the innocent.

Probably the most important one to him, was the one that bears his son's name:

A show most of us have watched.  A show that has resulted in the capture of well over 1000 wanted criminals.

And on a related note, when I was a member of the True Crime Book Club for the National Museum of Crime and Punishment, we actually met on the set of America's Most Wanted which is on the bottom floor of the Museum.  So we were in the nerve center where people answered the telephones and took leads.  Even empty but for us, I felt a bit a part of it at the time.  Had a sense of awe at what happened right there every week...

John Walsh has made the world a better place and done work that others have taken up and will continue to do.  At great personal cost.  He is a man I admire greatly.

And the book was as good as I had hoped as well. :) 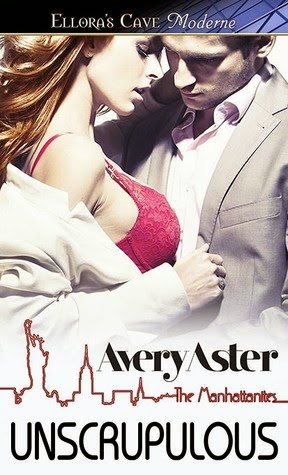 Taddy Brill is a Manhattanite to the core.  Self-emancipated from her parents as a teen, she now runs a highly successful PR firm.  Everything is excess - clothes, vacations, personal grooming,sex - it doesn't matter - she believes in having it all.  Until she meets Hotel Mogel, Warner Truman.  Then she might learn to share...

Yes, I know it’s already February, but January got clean away from me, so here’s my first blog of the new year.

Lucky me, I got to spend Christmas in Southern California with my family and a ton of friends. It was fun. After Christmas, I dog-sat for my younger daughter and son-in-law’s dogs while they went traveling up to the wine country and San Francisco.

What’s more, visiting my old stamping grounds seems to have dissolved the writer’s block I’ve been suffering from for a couple of years. Yay! I finished SPIRITS ONSTAGE, Daisy Gumm Majesty’s ninth adventure, which will be published soon. Then I’ll need to write another one. The only problem now is time. But I’ll find it somewhere.

But the best part of my trip was eating. I love food. And Southern California has restaurants of all shapes and sizes. I got to eat Middle Eastern food, East Indian food, Japanese food and good Italian food! And Gilbert, Robin’s hubby, fixed a magnificent prime rib for Christmas dinner. But I’m home again, and cooking for myself. Feel free to send condolences. Not that I don’t like to cook, but I can’t do tempura or falafel and stuff like that. Well, I have done both, but they seem to taste better when someone else fixes them.

Here’s a photo of my grandson Riki my good pal, Barbara Masters, my late friend Sara’s daughter, Cathy; my daughter, Anni; and me at Pinocchio’s Restaurant in Pasadena. Yum! 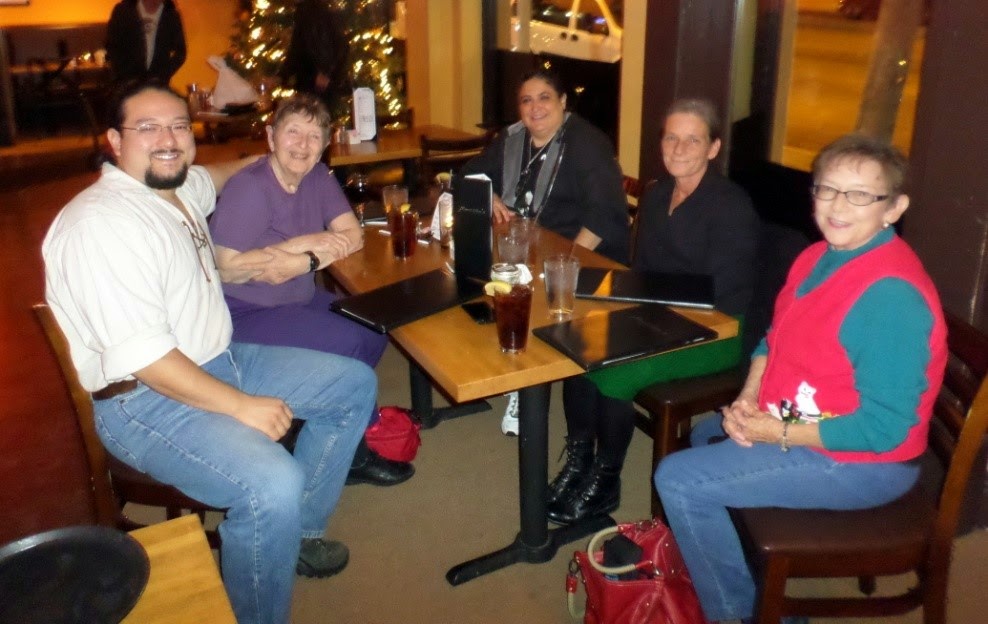 And here’s Stephanie Cowans and her son, Colin, at another meal (have I mentioned I love to eat?) Steph and I used to dance and sing together back in the Good Old Days: 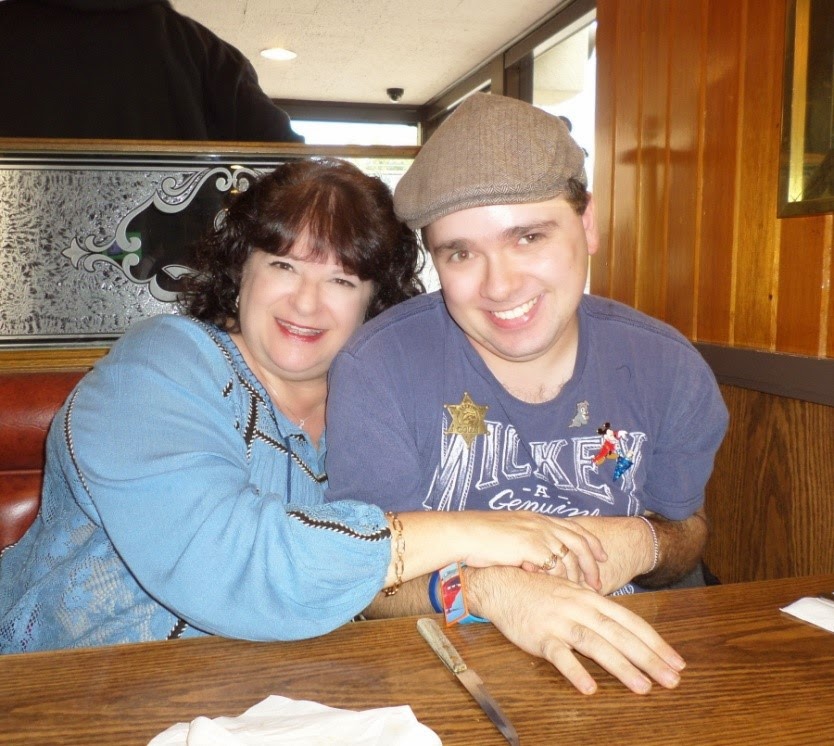 But all good things have to come to an end, I reckon, so on January 3, I boarded a plane (at 7:30 a.m.) at LAX and flew to Dallas. You see, in order to get anywhere from Roswell, you have to fly to Dallas first. Same thing on the way home again. So when I left Roswell, I flew to Dallas and then to Los Angeles. Going back, I flew from LAX to Dallas, and waited. And waited. And waited. Weather delays from all across the country had trapped people in the Dallas-Fort Worth Airport, some of the poor things for days. But I eventually managed to get home at about 8:30 p.m., where I discovered my hounds, who had been well cared for by Ann and Barry Lasky, delighted to see me. I was delighted to see them, too, but boy, was I tired.

However, things are zooming along this year. Already I have a new audiobook out. I know it’s after Christmas, but if you should find yourself in dire need of a heartwarming Christmas story, check out CHRISTMAS PIE: 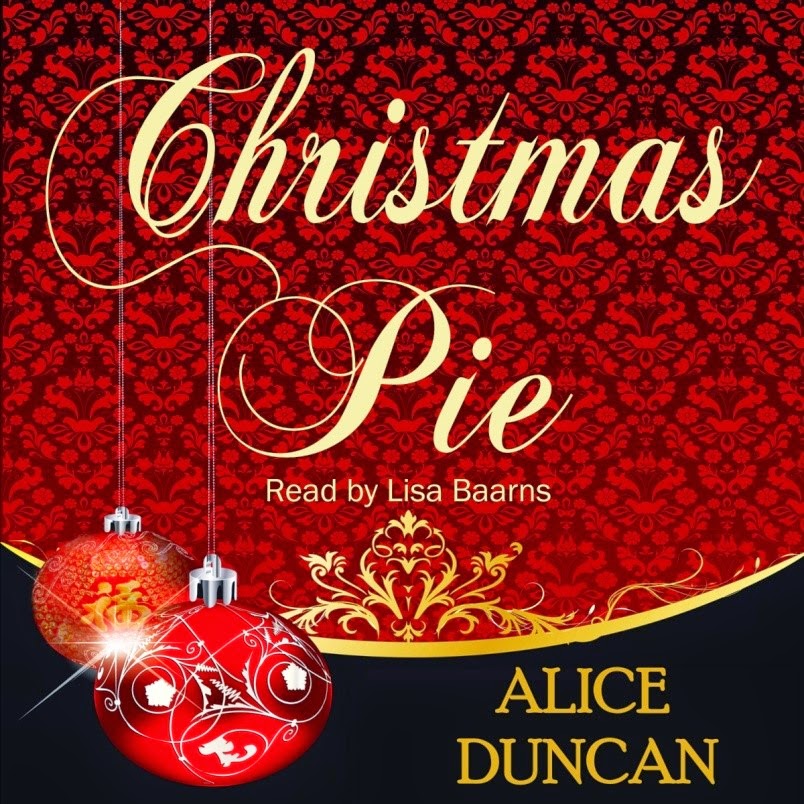 I’ll be holding a contest again this month, and I’ll be giving away copies of . . . oh, heck, I don’t know. I think I’ll let the winners select any old book they want, providing I have a copy on hand. If you’d like to enter, please send me an e-mail including your name and home address to alice@aliceduncan.net  At the end of the month, Bam-Bam, my winner-picking wiener dog, will select as many winners as he feels like picking.

Also, please visit my web page at www.aliceduncan.net and my Facebook page at https://www.facebook.com/alice.duncan.925

Review: The Blackhouse by Peter May 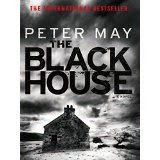 Fin McLeod returns to Isle of Lewis when a murder occurs their with similarities to one he investigated in Edinburgh.  The victim is a bully from his childhood.

This story is more about his childhood and the people in it than the actual murder itself.  The characters are quite believable and it is their stories that make the book engrossing.  That, and I have always been fascinated by Scotland and its atmospheric islands.  The setting adds immensely to the story, especially the integral part the annual guga catching trips play.

It is a story of coming home and the changes occurring on the island and in Fin himself.  Also how his past bleeds into the present.

The resolution of the crime is very sad and important to Fin and I felt very satisfied by the last page.