Hannah Swensen loves the Christmas Season in Lake Eden, Minnesota but this year nothing is as cozy as it should be murder is anything but cozy.
Phyllis Bates is back in town and she is Herb Beeseman's ex-girlfriend and now she is playing Mrs. Claus to his Mr. Claus all isn't going too badly until Lisa Herb's wife comes to the rehearsal of "A Christmas Carol" and sees with her own eyes that Herb has not received a stage kiss from Phyllis but a real kiss. Lisa storms out with Hannah on her heels.
Lisa and Hannah go to the Cookie Jar Bakery to figure out how many caramels they will need for the gift bags since they are making all the treats for the play performances.
While there they are hungry and decide to meet in an hour at The Corner Tavern to eat and make plans for the recipes.

However, after they have their supper and get ready to leave Hannah notices in the corner parking lot that there seems to be something on the steep bank in the snow. She's right soon she finds the body of Phyllis, what is worse she also finds something that incriminates Herb and even worse is the fact that they soon find that Phyllis was murdered.

Christmas Caramel Murder by Joanne Fluke is a real old-fashioned page-turner.
As always this mystery in the cozy series is chalk full of recipes to die for and it's the best  Christmas Mystery I have read this year. 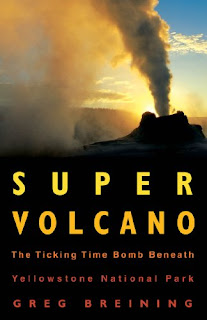 I never knew until recently that Yellowstone was such a large volcano.  This book discusses what scientists have learned about past super eruptions there have been and the devastation that occurred as well as how it compares against other volcanic eruptions throughout history as well as what could be expected from another.  A very interesting book but sometimes I got a bit lost in the terminology but nonetheless very informative and not at all dry.  You have to walk away with a greater respect for nature and its power.

I look back on earth sciences as it was called then (maybe still is?) and there has been SOOOO much learned since I was in school.  I hope kids today are getting all this new info. 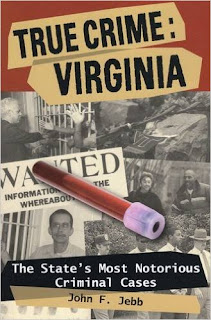 I really liked this book.  It had a variety of cases from Virginia's history.  Some I had never heard of - like the colonial case of Nancy Randolph.  One I had actually been inspired to write a fake poison pen letter for a history assignment on in high school -- George Wythe.  Many discussed the problems Virginia and laws have struggled with re. race and the law -- The Martinsville Seven comes to mind.  So it is a lot more than just reporting true crime cases.   Of course it is also an expose of innocent people's wrongful convictions as well.  It ends with the Virginia Tech shootings and all the issues that brought up.

Sebastian St. Cyr is back from the Napoleonic wars and has resumed his life as Viscount Devlin.  A woman is found brutally murdered and he is accused.  He goes on the run determined to solve the vicious crime himself.  More violence follows and he gets a helper in a street kid name Tom.  The solution is dark. 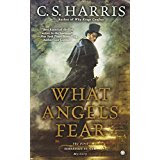 The Title itself is from the famous quote:  Fools rush in, where angels fear to tread"  which I thought gave a lot of flavor to the story as well.

The female characters were layered as well and the complexity was refreshing.

I enjoyed this book.  There were a lot of plot twists and red herrings that were believable.  The author really brought the time period and setting to life for me.  Will definitely read more in the series.

However, this particular blog isn’t about me, or even 2016. It’s about my home town of Pasadena, California, and its New Year’s Day traditions. And, of course, Daisy Gumm Majesty and her crew.

Daisy Gumm Majesty’s latest adventure, SPIRITS UNITED, takes place in Pasadena in October of 1924. But the new year (1925) is fast approaching! On Thursday, January 1, 1925, Daisy and her family (and maybe Sam Rotondo, if he can walk that far on his injured leg) will stroll the few blocks from her darling little bungalow on South Marengo Avenue to Colorado Boulevard to watch the Tournament of Roses Parade (more often known merely as the Rose Parade).

The Tournament of Roses Parade began its history in 1890, when folks in Pasadena drove their buggies and tallyhos (whatever they were), decorated with roses, along the streets of Pasadena. Over time, the Tournament of Roses Association was formed, and the Rose Parade became a more structured event. The big deal after the Rose Parade was, for the first few years, chariot races. Then the City Fathers (and Mothers, one presumes) decided to build a stadium, which they called the Rose Bowl. The Rose Bowl was dedicated in October of 1922.

Here’s a picture of the Rose Bowl under construction in 1921: 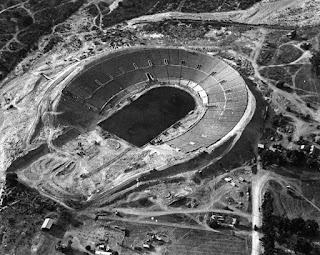 Before the Rose Bowl was built, games were held in Tournament Park, which has since been renamed Brookside Park. For years and years, the Rose Bowl was the largest football stadium in the nation. Daisy didn’t much care about that, but her late husband, Billy; her current fiancé, Sam Rotondo; and Daisy’s father, Joe Gumm, are all football fans. However, they didn’t go to the 1925 Tournament of Roses Game. For Pete’s sake, tickets cost $5.00 EACH! Nobody in Daisy’s family would waste good money like that to watch anything so frivolous as a football game.

The 1925 game must have been exciting, however, because Knute Rockne’s legendary (to some. I’d never heard of them) Four Horsemen from Notre Dame played Ernie Nevers and his team from Stanford. Notre Dame won 27-10, in case you wondered.

As for the Tournament of Roses Parade itself, for many years the queen and princesses who composed her court were chosen from among students from Pasadena City College. Before that, however, I don’t have a clue how the queens, princesses, and sometimes even princes were selected. The very first Tournament of Roses Queen was Hallie Woods, who ruled on New Year’s Day, 1905.

Here we have a souvenir postcard from Pasadena for New Year’s Day, 1925: 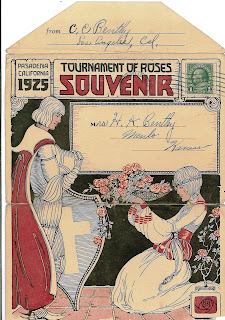 There was no queen in 1924 for some reason beyond Daisy’s understanding or recollection. In 1925, however, the Tournament gurus made up for their neglect in 1924 and chose Margaret Scoville (who was, I presume, a local gal) as Pasadena’s Rose Queen. She was married, by the way. I think there were only two married Rose Queens in Pasadena’s long history.

Here we have a photo of Margaret Scoville, not when she was the reigning Rose Queen in 1925, but from a meeting of former Rose Queens held in 1956. Margaret’s the kind of dumpy one in the middle of those seated: 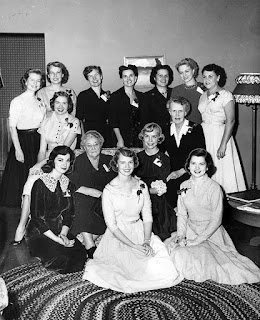 Naturally, Aunt Vi will fix something spectacular for dinner. Well, it’ll at least be mighty tasty. In fact, I suspect she’ll opt for a New England boiled dinner, which can cook while she and the rest of the family toddle up to see the Rose Parade. A New England boiled dinner consists of a corned beef brisket or a smoked ham and a bunch of root vegetables like onions, potatoes, rutabagas, maybe some parsnips and perhaps even some cabbage (yes, I know cabbage isn’t a root vegetable). Since neither Daisy nor I like black-eyed peas (and anyhow, they’re a southern tradition) we’ll just skip those, thank you very much. Of course Daisy’s father, Joe Gumm, would probably adore some codfish cakes. I know my father did. Since, however, neither Daisy nor I like those, either, Vi will forego them, bless her heart. There aren’t many foods Daisy and I can’t get down-home and comfy with, but black-eyed peas and codfish cakes are a couple of them. Kippered herrings are another matter altogether. We both love those. 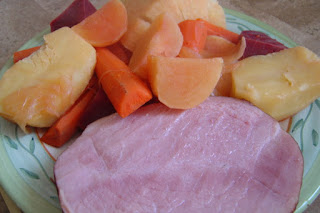 Anyway, the last time I personally had a New England boiled dinner was when my younger daughter Robin, my mom, and I drove across this vast nation and visited relations in New Hampshire, Massachusetts and Maine. My half-sister, Ann Provost, (who lived in Dexter, Maine) made it for us. It was SPECTACULAR. Mind you, it’s kinda like corned beef and cabbage, but not on New Year’s Day.

I’ll be in touch with the winners of December’s contest individually. As I seem to have an overabundance of UNSETTLED SPIRITS, one of Daisy’s many adventures, I’ll be giving away copies of that book in January. If you’d like to enter the contest, just send me an email (alice@aliceduncan.net) and give me your name and home address. If you’d like to be added to my mailing list, you may do so on my web site (http://aliceduncan.net/). If you’d like to be friends on Facebook, visit my page at https://www.facebook.com/alice.duncan.925.

Thank you, and HAPPY NEW YEAR!

Happy New Year,
This year I did manage to stay up and see the ball drop and was fine but my real New Year's started when the new season of Sherlock began and when the chiefs won their game. Now this starts a Happy New Year at least for me.
To top this good news the Hallmark Mysteries & Movies has started showing the mysteries.
I binge watched the movies yesterday. Aurora Teagarden Mysteries, Hannah Swenson Mysteries are the movies I binge watched yesterday.
Overall I had a nice New Year's in 2017 and I even remembered to eat my blackeyed peas.

I hope you had a good start to your new year.
Pam