Review: Treasure Me by Christine Nolfi 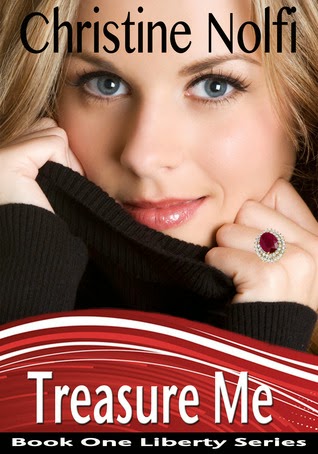 Birdie is a con artist and a thief.  She is getting tired of the life as well and decides to go to Liberty OH where legend says, her ancestor went in search of a new life as a free woman.  AND that she was given a treasure to help her start that life.  Birdie wants to follow the clues and find a fresh start.

Hugh is a journalist whose career is on its last legs since he can't keep his life together.  His one chance is to go dig into a story that he reported on before with great success.

Their paths cross and is it possible for them to overcome their pasts and be together?

I really enjoyed this book, it was a fun read with some great characters, history and small town charm and angst.  Not to mention, a little bit of mystery and love.

Birdie was quirky enough to root for despite her criminal inclinations and she really seems to grow as the story arcs.  A new Author for me to follow.... 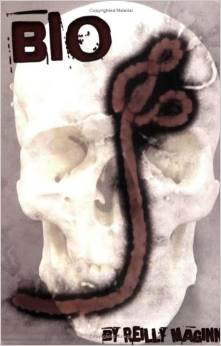 When a Palestinian doctor working in Iraq stumbles across a virulent form of Ebola in a patient, he convinces an Iraqi Prince that they can develop it for jihad attacks against the West.  They experiment and test it on a remote South Pacific island, where it is up to an American NGO clinic's doctor and allies to stop them.

This certainly is timely now with the current epidemic in Central Africa.  It makes it seem even more possible.

The story is engrossing and the characters interesting, if sometimes needing fleshing out.  There is a lot of action when a CIA agent joins the fight, though that seemed to stretch believability a bit.  Definite good guys vs. bad guys here!  And thank goodness - not too much graphic details about Ebola symptoms.

Fast paced and lots of action.

Review: Anything for a Story by Cynthia Hickey 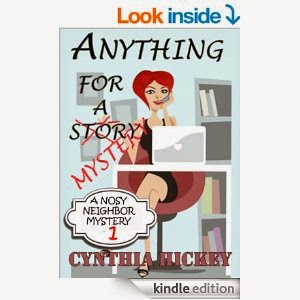 Stormi is a romance writer with a bit of writer's block.  When she accidently stumbles over the body of a neighbor, she decides she wants to try writing a mystery and solving the crime seems to be the perfect way to do it.

This is the first book in the nosy neighbor series and is quite light reading with some zany characters.  And while trying to develop the characters, I thought the mystery itself seemed a bit weak, and the voice a bit too young for the character.  And the zany family seemed a bit too predictable zany. I think there were a lot of stumbles which I struggled with a bit while reading, but I think there is a lot of room for the series to grow, so will give book two a chance.

I went with a friend to see the stage production of Dirty Dancing.

Now, I do know that plays based on movies can be hit or miss.  I know that certainly is true for a play based on such an iconic movie.  So I was a bit hesitant at first, but hey - discount tickets helped. I figured, great music, great dancing, it will be fun.  And it was fun...that part anyway.  Loved they had an orchestra and a couple live versions of some of the classic songs from the movie.  And the dancing and backdrop visuals of the dancing was great!

But then we get to the real issue...  when actors take over a role, they need to take it over and make it their own.  I felt (and so did my friend when we talked about it) the actors were trying to play Patrick Swayze and Jennifer Grey playing the characters instead.  Which of course, doesn't work.  It felt flat.  And I honestly felt very little chemistry between the two actors either.  And that is one thing Swayze and Grey did have.

So comparison wise, a disappointment.  But we did at least have fun.  I would have been a bit irritated though if I had paid full price this go round.

So I will say, movie-to-stage adaptation:

The Suckiest Month of the Year So Far
Was what August, 2014, was for me (and many people I know).
I don’t mean to whine, but I had to have a dog put down, my cousin’s daughter committed suicide, two dear, dear friends are battling cancer, and my plumbing stopped up twice on two consecutive weekends. Okay, so that last one isn’t as bad as suicide or cancer; it was a pain in the patoot and extremely expensive. And Robin Williams killed himself. What’s up with that???
Very well, so life is life, and you never know when it will hit you upside the head with a brick, but this August seemed particularly cruel to many of the people I know and love. I don’t like it.
About the only good thing to happen all month was the release in audio format of A PERFECT STRANGER, the first book in my post-Titanic historical romance series. A PERFECT STRANGER tells the story of Isabel Golightly, a young single mother from Yorkshire (actually she came from Upper Poppleton); her six-year-old genius daughter, Eunice; and the hero of the piece, horticulturist Somerset Fitzroy. Ha! And you didn’t think horticulturists were hero material. Well, he is. The book takes place in San Francisco, California, in 1912 (cuz that’s when Titanic sank). The narrator, Lisa Baarns, did a lovely job reading the book, and Melissa Alvarez created a fabulous cover for the audiobook. The couple on the cover are Isabel and her dance partner at the Fairfield Hotel, Jorje Luis Savedra. Jorje is definitely not hero material. But he sure can dance. 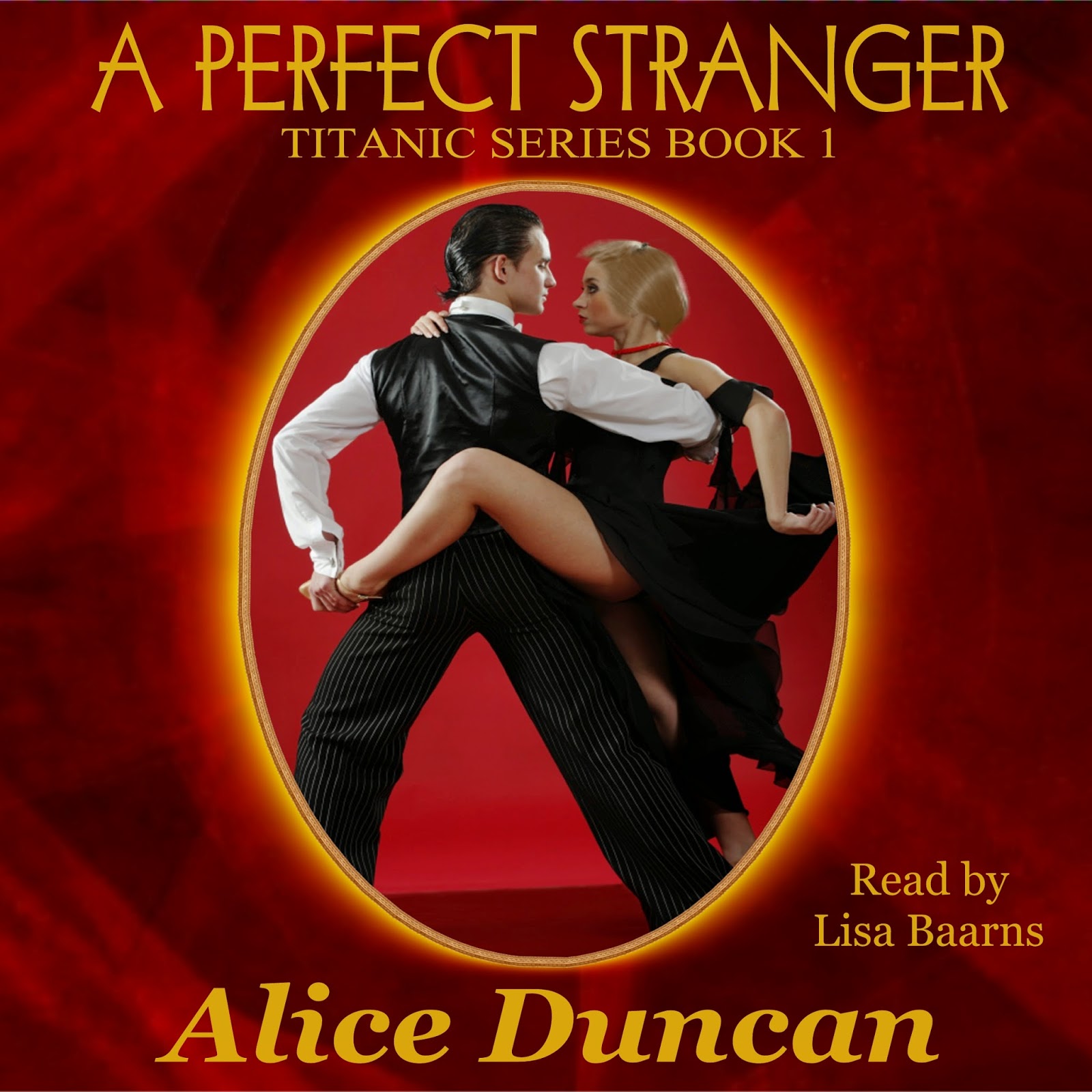 
I’m holding a contest for audio copies of A PERFECT STRANGER (originally published under my pseudonym Anne Robins, in case you missed it in print form). I’ll get in touch with the folks who won paperback copies of DARK SPIRITS as soon as I can.
Here’s hoping September will be better to all of us. Oy. I just remembered that September 11, a date that will live in infamy thanks to Osama bin Ladin, is also the second anniversary of my lumbar surgery. Gah. Maybe September will suck, too. I sure hope not.


Please visit my web site (www.aliceduncan.net) and my Facebook page (https://www.facebook.com/alice.duncan.925)
Thanks!
By Terri P - September 02, 2014 No comments: