An Interview with Frances Brody

MM: Frances, give us the back story on how and when you became an author? 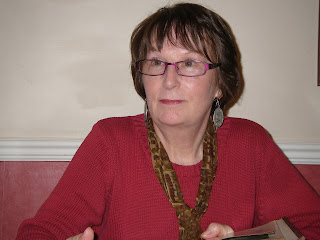 I started by telling stories. I’d walk home from school with a friend and spin some tale that would last till the parting of our ways at the corner shop. In my twenties, I wrote stories that were published in magazines and broadcast on BBC Radio. I then wrote radio and theatre plays and scripts for television. My first novel was based on stories told to me by my mother.

MM: Tell us about what you are currently writing and what has been released?

I’m editing the eighth Kate Shackleton novel, Death at the Seaside. My setting is Whitby on the North Yorkshire coast. Whitby is where Bram Stoker has Count Dracula land in the Russian ship Demeter in the shape of a black dog. Dracula doesn’t appear in my story. But if he did, Kate Shackleton and her trusty assistants, Jim Sykes and Mrs Sugden, would deal with him. 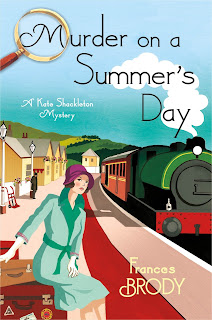 My latest release in the US is Kate Shackleton #5, Murder on a Summer’s Day. In the UK, it’s #7, A Death in the Dales. The US publisher will bring out #6, Death of an Avid Reader, later this year. By 2017 publication dates on both sides of the pond will coincide.

MM: They say it takes a village to write a book. Who is in your village and is there anyone you have added to your village in the past year that has been a huge help to you?

The first villager was my mother, Julia. Stories of her childhood, and being orphaned at age eleven, led me into saga writing. Sisters on Bread Street  and Sixpence in Her Shoe have been re-published in the UK this year and will be followed by Halfpenny Dreams in July. I’m happy that Julia saw the first book and I’m so sorry that she’s not here to enjoy the success of subsequent books.

My village teems with the usual suspects. I could gush Oscar-like about  family and friends, my agents and the super teams at the publishers on both sides of the Atlantic. 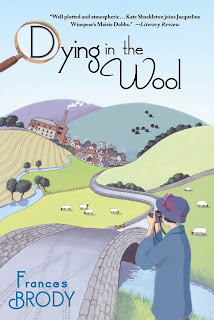 Joining my village in the past year are Whitby people who told me stories and anecdotes that helped me bring to life Death at the Seaside.

MM: On another note spring is here please tell us what you are looking forward to this spring and summer? 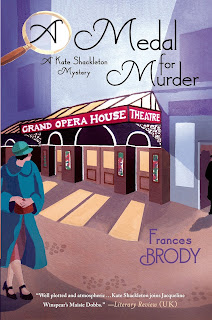 I hope to spend a few days by the sea, which I love to do. In Britain, we’re never more than eighty miles from the sea. I’ll go back to Whitby as a visitor, setting my notebook aside. Coming soon is the Crime Writers’ Association annual conference. This year it will be held in Norwich, a cathedral city I have never visited. I look forward to exploring, and catching up with my fellow crime writers.

MM: How has 2016 been treating you? Would like to announce any upcoming events, workshops or conventions that you will be attending this year?

The last three years, I’ve been at Malice Domestic, which I’ve greatly enjoyed. This year, I’m staying closer to home. I’ll be at Newcastle Noir at the end of April, in the good company of Ann Cleeves and lots of other brilliant writers. In May, at Bristol CrimeFest, I’m moderating a panel on historical writing. The Theakstons Old Peculier Crime Festival in  Harrogate should be good fun - I’m on the “cozy crime” panel, chaired by Catriona McPherson. After that, it will be the St Hilda’s, Oxford, Annual Crime & Mystery Weekend.

MM: Do you have a favorite local bookstore? 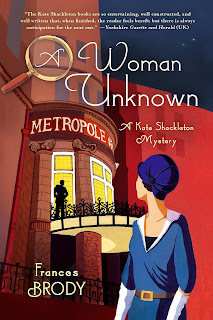 Several great independent bookshops spring to mind but a particular favorite is the Little Ripon Bookshop in North Yorkshire which is family run.

MM: After a busy writing day. How do you relax?

Sorry to be boring. I cook a meal. But tomorrow evening, I’m going swimming!

In my twenties, I read John dos Passos’s USA trilogy and was knocked out by the scope, radicalism, technique and compassion. George Eliot’s Middlemarch made me understand the intricacies of social change and why personal choices matter so much. Doris Lessing’s Martha Quest books appealed to me because, like Martha Quest, I started my working life as a shorthand-typist. Lessing then brought together so many aspects of a modern woman’s life in The Golden Notebook. Alice Walker’s writing leaves powerful images in my brain.

MM: Do you enjoy history, research and tell us about your favorite period in history? 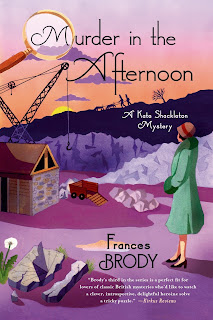 Yes I enjoy research and particularly oral history. So many experiences of so-called “ordinary people” are in danger of being lost. I like to know how people lived and worked in earlier decades.

My favorite period when at university was the time around the English Civil Wars 1640-1660. We studied pamphlets produced by Levellers and Diggers, radical visionaries who dreamed of turning the world upside down so that it would be a fairer place for those who had nothing.

MM: What do your readers need to know about you and your books?

I’m never sure how to begin. I tell myself, you’ve done it before, you can do it again.

MM: Leave us with some writing words of wisdom.

My words of wisdom come from a Nineteenth Century French Hurdy-Gurdy Player with Dancing Children who performed on the streets of London. His wife taught him to embroider the children’s clothing. What he says about his embroidery strikes me as apt for a person who finds it hard to squeeze in writing time.

“I do it at night, when we get home. The evenings are long and I do a little, and at the end of the week it becomes much.”
London Labour and the London Poor, Vol III, Henry Mayhew